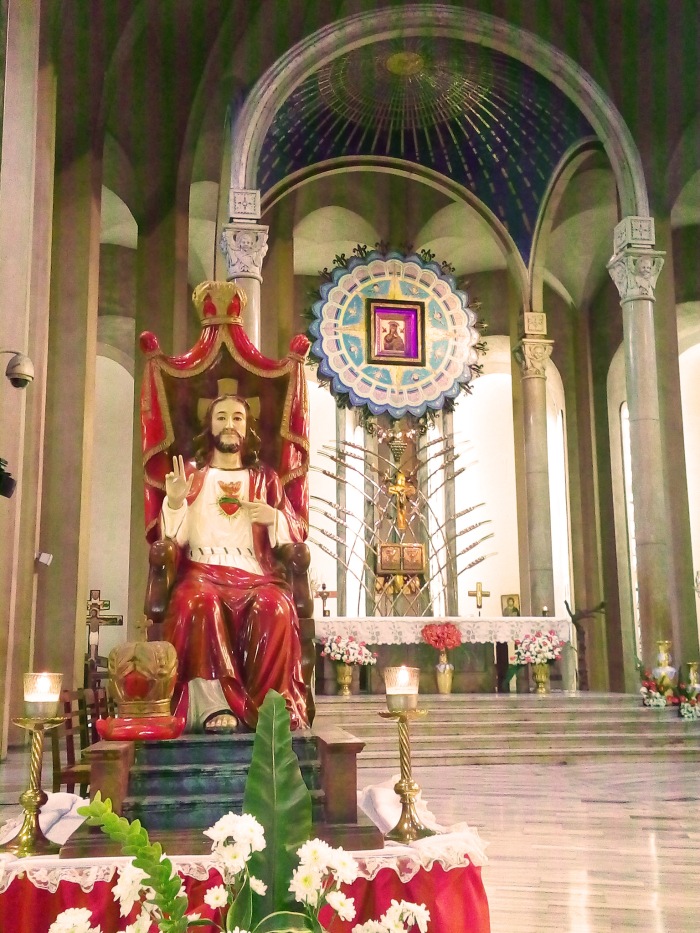 Royalty is the stuff of dreams and fantasies. Who wouldn’t dream of royalty? King and royalties live in magnificent palaces, attended by many servants, occupies highest seat of honors in social and civil functions.

No wonder many follow the activities and personal lives of the British Royal family on Instagram. Many have been keeping up with Meghan Markle’s pregnancy since the first day it was announced.

On this last Sunday of the liturgical year, we celebrate the Solemnity of Our Lord Jesus Christ as King of the Universe. In the gospel of today’s feast, the kingship of Christ is proclaimed as he hung upon the cross along with two hardened criminals. Inscribed over his head as he hung on the cross are the words: This is the King of the Jews!

Indeed, Christ the King rules from a throne made to execute criminals. His Kingdom is a place of death outside the city. His subjects are the poor and outcast, the rejected of this world. In this upside-down Kingdom, it is not the executor but the executed who will be with Christ in paradise.

If you are King … save yourself” the soldiers jeered at Jesus on the cross. So did the rulers and one criminal crucified with Jesus taunt him about saving himself. But they misunderstood what “save yourself” means. The rulers, soldiers, and one criminal thought being saved meant that Jesus should come down from the cross, avoid any more suffering, certainly avoid death. But Jesus shows us through his words to the other criminal what being saved really means: “you will be with me in Paradise.” Salvation is less a matter of saving yourself , than a matter of offering yourself for the salvation of others.

There is none other like the crucified king in the fables and fairy tales of human consciousness. No cult or culture could ever dream about it. Jesus’ kingship is a total reversal of what we know and understand about royalty.  Jesus’ kingship is a subversion of our notion of kingship. He refuses to be the master of the world, the mighty monarch, the spiller of blood. Christ’s kingship is an abomination of any earthly royal aspiration. Our hunger for pre-eminence, our desire for dominance, which may well motivate our every choice and predilection, is spurned by this king.

René Girard, professor of language and culture at Stanford University, in his book Things Hidden Since the Foundation of the World, shows how Christ dismantles the triangle of desire, violence, and retribution.

In Christ there is no envy, greed, or lust for power. He, the innocent king who executes none, is executed. He seeks no vengeance. Christ the king is the only sovereign to embody such principles.

It can be shown, I believe, that there is not a single action or word attributed to Jesus—including those that seem harshest at first sight—that is not consistent with the rule of the Kingdom.

It is absolute fidelity to the principle defined in his own preaching that condemns Jesus. There is no other cause for his death than the love of one’s neighbor lived to the very end.

Fr. John Kavanaugh, SJ, professor of Philosophy at St. Louis University, commenting on Girard, says that when we acknowledge Christ as God and king, we accept his reversal of the violence that dominates humanity. “A non-violent deity can only signal his existence to mankind by having himself driven out by violence in the Kingdom of Violence.”

Jesus is the sole king who saves fallen humanity from its twisted wish. In this respect he is truly original, truly exceptional, the divine challenge to a world which imagines kingship to be enslavement of the other.

Christ’s kingship transcends any earthly style of government and politics. Christ’s kingship is the victory of Christ over all things—even death. Christ the King makes possible among us a reign of goodness, mercy, forgiveness, justice, reconciliation, and peace.