Welcome to the second Simbang Gabi, or as I have called it at the start of the Simbang Gabi, these nine days novena masses are a Christmas academy. In this academy,  we shall go back to the original Christmas story and discover the true meaning of Christmas so as to prepare ourselves for the birth of Jesus into our lives and our world.

I remember an incident when I joined the Redemptorist mission at Sawanga, Bacon, Sorsogon in 1981. It was the Christmas break during my second year at the seminary. The mission was spearheaded by Fr. Manny Thomas, CSsR. We were there to give missions as well as to celebrate the Simbang Gabi with the people. As soon as we arrived in the barrio and introduced ourselves, some people were asking me whether I have relatives in the barrio. I told them, not that I am aware of. They told me that there are a number of families in the barrio with my family name, Echano, so they surmised they are my relatives.

I have almost forgotten this experience until, years after, I attended a special gathering of my relatives from my father side, the Echano’s. During conversations, I heard that my great, great grandfather spend some time in Sorsogon and other places for work. The line of conversation went as far as to suggest that during this time, my great great grandfather may have had some liaison with some local women in the area. It may not be farfetch to think that these affairs may have borne fruit. Upon hearing this, I suddenly remembered my experience in the mission in Sorsogon.

I must confess, I felt amused to hear that I may have had a charmer great, great grandfather. It is, indeed, interesting what one can discover in going back to his/her own ancestry. One can find interesting and fascinating details about the lives and background of one’s ancestors.

Try researching your own ancestry. I’m sure you will find colorful characters among your ancestors. Many of them, maybe both sinner and saint, tried to live life to the fullest given their strengths and weaknesses and the particular circumstances they found themselves in. Your ancestors’ character will also give you a greater understanding of who you truly are.

This may be one of the dullest Gospel readings of the year. It consists of a long list of names, God knows, I could not even pronounce all of them correctly.  This can even be a good exercise for tongue twister. Seriously, many of them doesn’t ring a bell to most Christians. But they are interesting characters, if we could only find the time to examine each of them.

Interestingly, there are four women mentioned – Tamar, Rahab, Ruth and Mary.  What Matthew had done by including them in the list is a big, big ‘no’ for the Jews in the sense that most of them, if not all, were sinners and foreigners because they all bore sons out of questionable union or wedlock. For example, Tamar, who got married to the two sons of Judah and herself was impregnated by her father-in-law; Rahab was a Canaanite harlot; Ruth, a Moabite woman and therefore a foreigner; Bathsheba, the mother of King Solomon with whom King David committed adultery;

There are also a number of scoundrels in the list. Even David, one of the most outstanding servants of God, was an adulterer and a murderer (apart from those he killed in war).

By including sinners and weak human characters is exactly the point of the gospel: Jesus fully entered our human condition, with all its virtues and vices. When the Son of God became a human being, indeed, he became one of us. The Gospel makes no effort to “sanitise” his origins, or the members of his immediate family. There is no shortage of skeletons in Jesus’ cupboard.

The incarnation of Jesus–Jesus, Son of God, becoming one of us–implies that God intended to become part of our human history and lineage. God immersed into everything of our human experience, even the messiest, the muddiest and the sinfulness of our humanity. This is so comforting especially for many of us experiencing great vulnerability and weaknesses. This gives us a lot of hope and the courage to persist because despite our frailties, God will not judge us, instead, he will give us thousands of chances and will continue to believe in the goodness that lies underneath our faults and failures.

Saint Athanasius, the renowned fourth-century bishop of Alexandria and the greatest apologetic of the doctrine of God as the Trinity, in his classic work, Incarnation of the Word, said that the incarnation of Christ occurred not just in order for God to become human but also for human to become God,

“For He was made man that we might be made God; and He manifested Himself by a body that we might receive the idea of the unseen Father; and He endured the insolence of men that we might inherit immortality. For while He Himself was in no way injured, being impossible and incorruptible and very Word and God, men who were suffering, and for whose sakes He endured all this, He maintained and preserved in His own impossibility.” 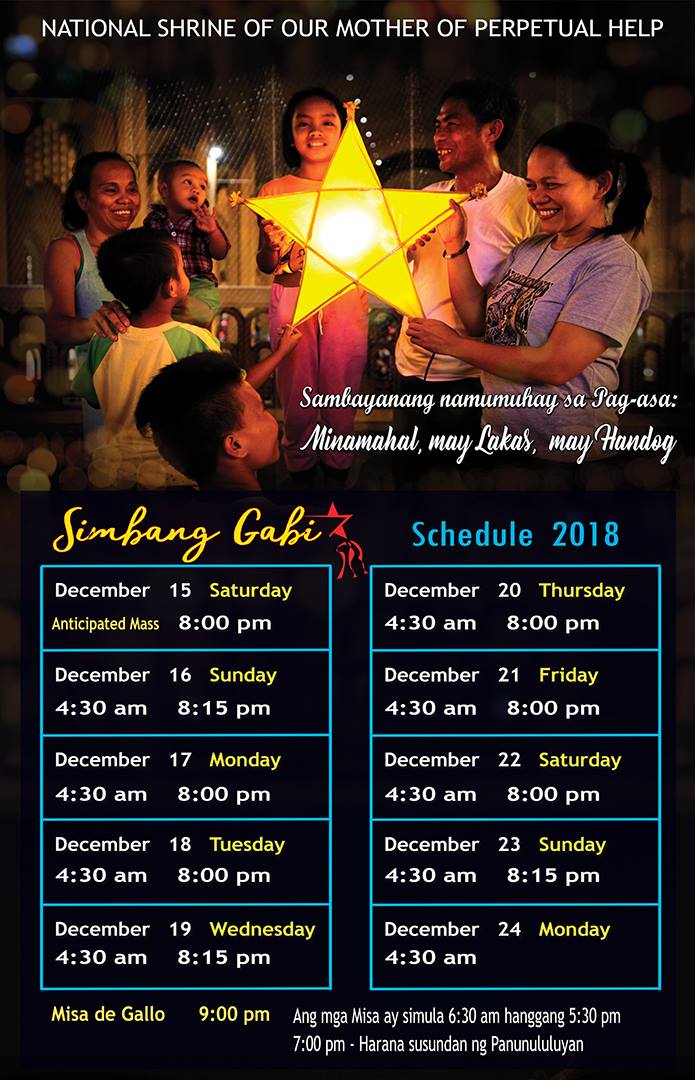 I am passionate about the intersection between new media and technology. I continue to research and apply new media in theology and vice-versa. I am also a fan of Our Mother of Perpetual Help and her continuing relevance in today's digital world. View all posts by Baclaran Phenomenon