July II, 2018 marks the 33rd year of the disappearance of Fr. Rudy Romano, CSsR. He was abducted in July 11, 1985 by military men in Cebu because of his work for justice and peace and advocacy for the poor workers. He remains missing to this day and presumed to be dead, but his legacy remains alive and strong among all people who continue to struggle for a just and peaceful society.

One evening in July 1985 as the Baclaran community was watching television Fr. Rudy Romano came into the television room. He was on his way from somewhere returning to Cebu, where he was assigned at that time. As usual it was unannounced and he was not staying for very long. This was his usual custom and no one was surprised. He often dropped in on his way through Manila which in those days was still the doorway to and from most places in the Philippines. The next day he was gone, but no one realized that we would never see him again in this life. A few days later on July 11th he disappeared, he left the Monastery on his motorbike and has never been seen since.

Who was Rudy Romano? Who was so threatened by him that they had to get rid of him?

Rudy was born on September 26th 1940 in Manila but it was only a short time until the war broke out and his family fled to his father’s hometown of Villareal in Western Samar. He entered the Seminary at the age of 16 and was professed a Redemptorist on July 2nd 1958. After studying in Bangalore he was ordained a Priest on December 20th, 1964, a time when the messages of the second Vatican Council were just breaking on the world. He took part in the Missions in the Barrios and Towns of Samar, Dumaguete and Iligan for the next ten years. This was a time of experimentation with a new emphasis on the Laity and their role in the Church, the role of the Church in Social Action and a questioning of the rigidity of the old methods. He became Vocation Director from 1975 to 1980. 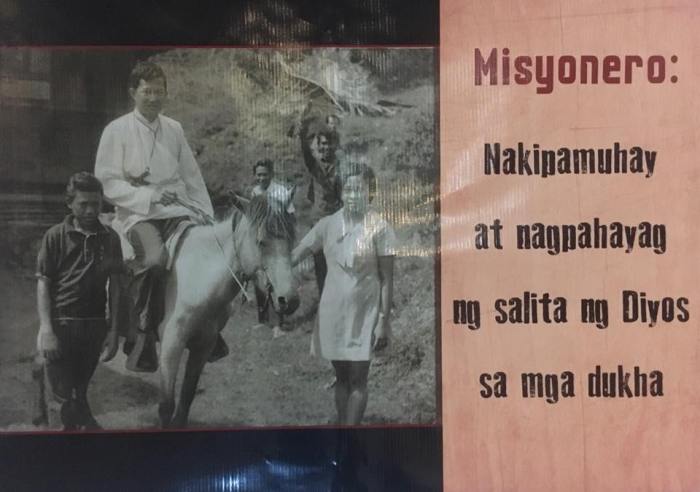 Due to his exposure to the people of his home province and his closeness to the people on Missions, he became involved in the people’s struggle against the dictatorial regime during Martial law. In December 1979, after taking part in a rally in Cebu, he was arrested but was released the same night. He was instrumental in setting up the Visayas Ecumenical Movement for Justice and Peace, and he was elected as its first chairperson. This was around 1980. In 1982, he left the Philippines for a Sabbatical year but on his return he went straight back to his work for Social Justice and Peace, and from this time on was almost always visible at rallies in Cebu, where he was often one of the main speakers.

On Friday July 12th 1985 he was scheduled for Mass in the Redemptorist Church. When he did not arrive, the Brother knocked on his door. There was no answer so he called the superior, who opened Fr. Rudy’s room, only to find that he had not slept there. Neither had he left a note as to where he had gone, which was his usual practice.

He was never seen again.

Two months earlier he had talked to his father who said I’ve heard a lot of rumors about your activities in Cebu. Why not concentrate solely on your work in the ministry as a priest?

“Dad, you have already given me to God and I think there is no turning back. If I follow your advice I will not be a worthy priest anymore, because I cannot bear to see these people, the poor of Cebu, especially the squatters, the poor laborers, who are crying to high heaven for help but they have nowhere to go; the government could not help them. They go to the priest, they go to the church, they come to me. I am their voice. I am fighting in their behalf. Don’t worry, dad. If I die, I have no family, and you will know who has killed me.”

(This article is an excerpt from the book National Shrine of Our Mother of Perpetual Help: Tips, Trivia and Tribute by John Maguire, Joey Echano, et. al., soon to be published)